Prior to the Gaden trout hatchery being built in Jindabyne the MAS region was served by a number of smaller hatcheries that were built and operated as either community volunteer concerns or with partial support from the State Government. After World War II the MAS looked at extending the hatchery that was located on the Caldwell Property on a tributary of the Maclaughlin River. However the assessment was that this small creek was unlikely to be able to supply the water needed for an expansion of trout production and so a search was conducted for a more suitable location. 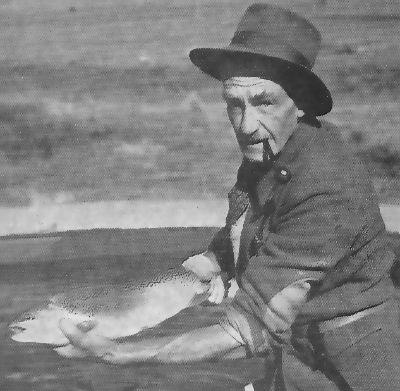 A site on the Thredbo River outside of Jindabyne township was considered suitable and the 12 acres for the hatchery was donated to the cause by the landowner Mr Bill Napthali. The hatchery was built with funds from the MAS, Fisheries Branch and the Department of Public Works.

The hatchery was officially opened on 31 October 1953 by the Hon L.F. McGrath, Acting Chief Secretary. The hatchery was named the Gaden Trout Hatchery after Mr Jim Gaden, a pioneer of trout acclimatisation in the region. At the opening tribute was also paid to Mr Reuben Payten, Hatchery Supervisor and Mr Bill Napthali.

Running a hatchery proved to be a costly affair and after a few years it became obvious that the acclimatisation societies did not have the economies of scale to continue operating on a purely voluntary basis.

On 1 January 1959, on the recommendation of the acclimatisation societies, the Gaden, Dutton and Burraga hatcheries were passed to the sole control of the NSW Fisheries Branch, Chief Secretary’s Department.

In 2008 the NSW Government announced that it would close the Gaden Trout Hatchery as a cost saving measure. Anglers and local residents, recognizing the importance of trout fishing to the region, banded together with the MAS and the NSW Council of Freshwater Anglers to oppose the move. 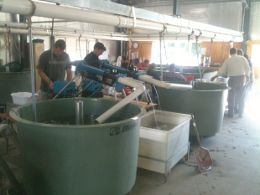 Eventually the MAS and the NSW Council of Freshwater Anglers with support from the Shooter’s Party persuaded the NSW Government to keep the hatchery open using funds from the angling licence scheme to supplement the hatchery’s operations. To ensure that the angling licence funds are spent appropriately the Gaden Trout Hatchery Management Committee was formed with official representation on the Committee by the MAS.