The introduction of trout to Australia

Attempts were made to ship salmon ova from England to Australia and Tasmania in 1849, 1852 and 1862 but none reached the colonies alive. 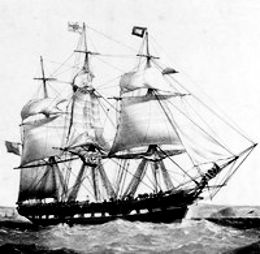 After experiments on freezing salmon ova for 100 days by Mr Frank Buckland, the noted English fish culturist, a further attempt was made in 1864. 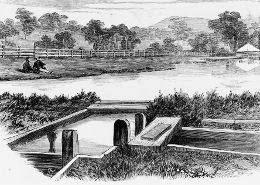 The trout ova were transported to Hobart, Tasmania in the steamship “Victoria” and transported to hatching boxes and breeding ponds that had been prepared in the River Plenty.

On the 4th day of May 1864 the first trout hatched in Australia. 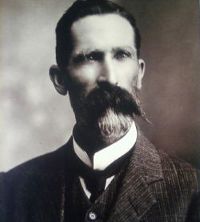 Mr. John Gale, then editor of the Queanbeyan Age, had obtained 215 brown trout fingerlings from the Fish Acclimatisation Society of Ballarat, Victoria and 12 of these were sent to Micalago by train where Mr Edwards of Bibbenluke was waiting to convey them to the Bombala River.

The first official release was in 1889 when Mr Rueben Rose secured 30 brown trout fry from NSW Fisheries and liberated them in the Snowy River. In that same year, 6000 trout fry were obtained from Ballarat and laid down in an improvised hatchery in Phillip Street, Sydney by Mr Lindsay Thompson, Chief of NSW Fisheries.

In 1896 a new hatchery was completed at Prospect which enabled the acclimatisation of trout in all the suitable waters of NSW including Monaro. 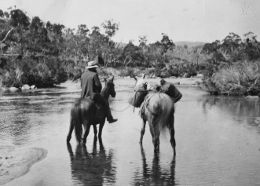 An early release of trout

The New South Wales Rod Fishers’ Society was involved in the construction of the first hatchery in the Snowy Mountains at the old Kosciusko Hotel on Diggers Creek in 1905. In 1924 that hatchery was dismantled and re-erected near the site of The Creel guest house on the Thredbo River. There was also a very early hatchery at Corbett’s Springs, Cooma, built around 1929 by local enthusiasts of the Cooma Fishermen’s Club. In that year the government also erected a hatchery at Tumut. In 1939 the Corbett’s Springs Hatchery was moved to Bungee Peak Creek near its confluence with the Maclaughlin River, named the Caldwell Hatchery after Mrs Alexander Caldwell who donated the land. In 1950 the Caldwell and Tumut Hatcheries were closed and some of the buildings and equipment at each were used to construct the Gaden Trout Hatchery on the Thredbo River. 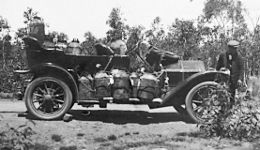 Well loaded with trout for stocking

An amended Fisheries and Oyster Farms Act, 1935 provided for the formation of acclimatisation societies and in 1937 the Monaro District Acclimatisation Society was established. In 1947 a Trout Advisory Council was established to advise government on trout acclimatisation and distribution. In 1959 the Society’s name was changed to the Monaro Acclimatisation Society and from that date branches were formed. The main work of the Society in those early days was the establishment and management of the Caldwell Hatchery from 1939 to 1950 and the Gaden Hatchery from 1951 until it was taken over by NSW Fisheries in 1959 at the request of the Society.

With the advent of the Snowy Scheme, completed in 1974, the whole concept of trout fishing on Monaro changed. The Lakes formed by the scheme were to be an additional gain to anglers and some of the remaining streams formed natural breeding grounds for the lake monsters of the future. In 2014 members of the Monaro Acclimatisation Society and the Cooma Trout Acclimatisation Association celebrated the 150th anniversary of the introduction of trout to Australia.