The name Monaro originally referred to the rolling grassland plateau that stretches south from Cooma towards the border with Victoria. Bordered by the Snowy Mountains in the west and the steep escarpment dropping to the coast in the east. However, in more recent times, the name Monaro has been used for a much larger region stretching to Canberra in the north and the towns west of the Snowy Mountains. For more details see the Snowy Monaro Region map.

The region includes high mountain ranges, steep forested valleys, and open savanah like parkland, as well as the "treeless plains" of the Monaro. It includes the Kosciuszko National Park, and is the site for the huge Snowy Mountains hydro electric scheme with its big dams and power stations.

All these waters contain trout for recreational fishing, and the Snowy Monaro region is often claimed to have the best trout fishing in mainland Australia.

Here are photographs of some of the varied fishing waters available to anglers in the Snowy Mountains Monaro region. 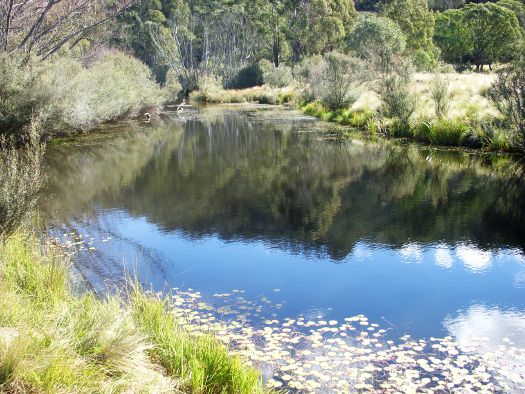