Home >What is MAS?

Founded in 1937, the Monaro Acclimatisation Society Incorporated (MAS) is a voluntary organization primarily concerned with the development and maintenance of freshwater fisheries in south-eastern NSW in the Snowy Monaro region. Because this region contains mostly trout water the MAS has a focus on trout, but also makes significant contributions to the native fish program throughout the region. The MAS is a primary stakeholder with the NSW Department of Primary Industries (Fisheries) and is recognized as such under the Fisheries Act 1935. MAS participates with NSW Fisheries in the stocking of fresh water lakes and rivers, maintenance of habitat, contribution to policy and legislation affecting freshwater fish in NSW. The MAS is a member of the NSW Council of Freshwater Anglers. MAS is a Crown Reserve Trustee and is working with the Recreational Fishing Alliance of NSW on the NSW Angler Access Project which aims to secure Crown Reserves and Crown Roads for the purpose of angler access in NSW. 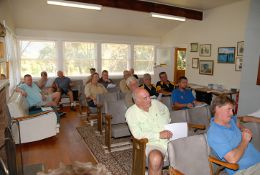 Structure of the MAS

The MAS has 19 branches. Each branch is represented by delegates at MAS meetings. Each branch has a defined boundary or area of responsibility. Branches are responsible for stocking waters within their region once the annual allocation of fish has been negotiated by the MAS Stocking Committee.

A Voice for Anglers

The MAS has a long and proud history of angler representation. Since inception, the MAS has worked to improve fishing and the aquatic environment in the region. We have a strong relationship with NSW Fisheries which allows us to put our point of view without fear or favour.

The MAS is affiliated to the NSW Council of Freshwater Anglers a peak body designed to represent the interests of all freshwater anglers in NSW. The MAS is also represented on the following NSW Fisheries consultative bodies: 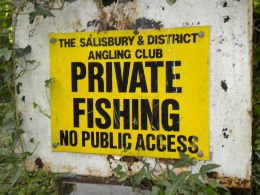 Our fishing is still public

MAS has a strong focus on the issue of angler access. Much of our day to day work involves fighting to maintain or improve access to waterways for the public. In this regard we are often called upon to defend access to public places which is more often than not threatened by government policy.

Maintaining the quality of the fishery

The MAS works with NSW Fisheries to stock rivers and lakes with trout each year where required. The trout are bred and grown at the Gaden trout hatchery in Jindabyne NSW. Members of the MAS collect and distribute the trout from the hatchery twice each year. 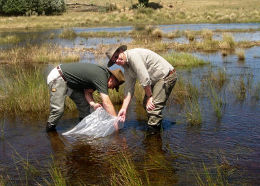 This stocking is carried out in accordance with Environmental Impact Guidelines to ensure minimal disruption to native fauna and flora. We generally stock trout fry in late November or early December and the bigger fingerlings go out in February or March depending on weather and water conditions. The MAS works on a volunteer basis and members contribute their own time, vehicles and fuel to stock fish for the benefit of the angling public. Each year the MAS stocks over 300,000 trout into the streams of the Snowy Monaro Region.

The value of trout fishing in our region

Those who venture to our region to fish for trout will be under no illusion as to the contribution trout fishing makes to the economy of the area. Thousands of anglers with boats and cars, accommodation needs and tackle sales provide the region with a substantial spring, summer and autumn income. 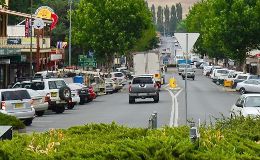 The bustling main street of Cooma